Varsity Students To Be Deployed In The Fort coming General Election 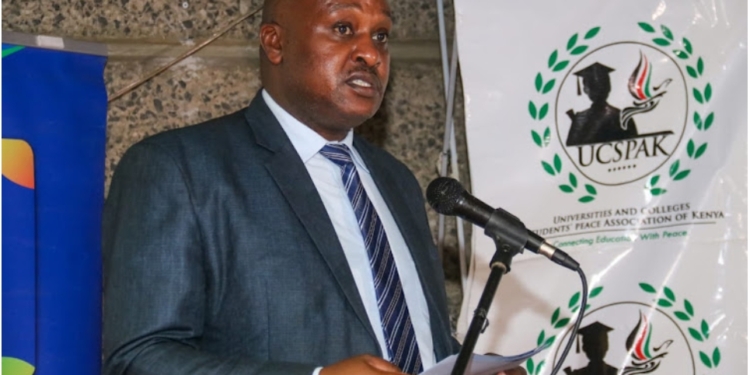 Two Varsity students from each institution are expected to be influential and have a track record of successfully altering people’s minds.

Before, during and after the election the two students, a male and a female, will aid Lin mobilizing students to participate in peace building and electoral processes.

Geoffrey Mbuvi, chair of the vice Chancellors’ committee, seconded the idea, which is intended to be implemented in universities.

He believes that this will help to change the role of youths during the general election.

“The students will serve as voter educators in their institutions while using social media as peace champions in institutions of higher learning,” Mbuvi said.

He added that there’s a need to hold cultural and sporting activities for peace to promote cohesion in the universities and TVETs.

Chacha noted that most politicians use young people to spread violence during elections.

“We are going to do civic education, young people need to understand that their vote counts and they should not be used to cause tension,” Chacha said.

“Universities are required to initiate prompt and comprehensive strategies that have a positive influence towards harmonious coexistence,” he said.

Nabukwesi added that the support of peace education by senior management is paramount for the success of such initiatives.