by Vee K
in General News
1 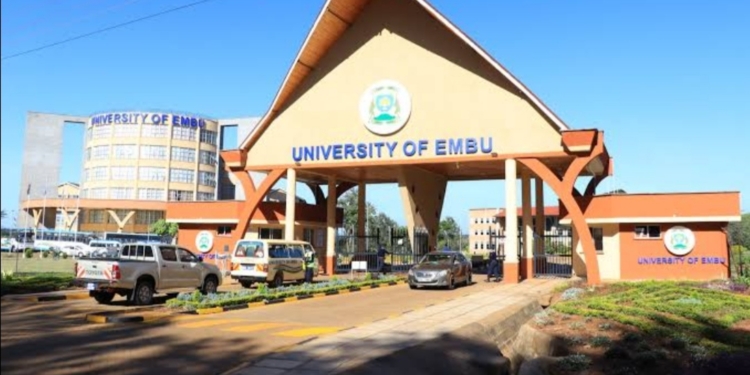 A training department for media has been launched at the University of Embu. According to the Vice Chancellor, Prof Daniel Mugendi, the media training at the University was a market- driven initiative for the entire Embu County and even other parts of the country.

He further stated that, even if the institution was agriculturally oriented, It has also expanded in other different fields in order to meet academic needs of the academically needy people in the area.

When comparing student population for the past five years, it has really grown from 2,000 to 9,000.

Prof Mugendi said, the institution is much more focused on agriculture but it has since introduced the media school which has started with masters programme whereby it will soon introduce bachelor’s program as well.

Engineering and medicine courses are also likely to be introduced next year.

In his remarks, he stated that a television and radio station will soon be launched in the institution to enable students gain practical skills while undergoing learning.

He further said that the face-to-face approach as well as an online hybrid approach will allow him accommodate more students from all over the country.

The Deputy vice Chancellor in charge of academic research, Prof Kiplagat Kotut, said the program was introduced after it was revealed that there was need in such training in the area.

He also stated that they are seeking an approval from the Commission for University Education in order to offer a bachelor’s level of the same program and be allowed to conduct their first intake in September 2022.

This program was created by one linguistic and communication Scholar, Dr. Kemunto Omoke. She stated that the program is very wide in that it included ICT aspects and modern challenges in mass communication.

The main aim was to empower students to develop skills which will enable them perform IT functions independently.