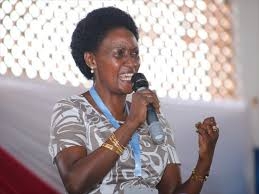 In September, the TSC will send at least 1,000 P1 instructors to secondary schools.

Despite Parliament’s support for TSC to employ teachers with a mean grade C (simple) and secondary degree, the Commission has remained steadfast.

Only PTE teachers who earned C+(plus) on the KCSE will be considered for promotion after July.

TSC CEO Dr. Nancy Macharia stated they suspended automatic teacher promotions in 2014 because it was unsustainable.

Macharia said the surge in teachers with advanced degrees rendered automatic promotions unsustainable, thus the Commission banned them on January 9, 2014.

Dr. Macharia said the policy was untenable because so many teachers had advanced degrees.

In 2020, there were 218,077 public primary school teachers, according to the Commission.

TSC has set the threshold for secondary school instructors, including junior high.

TSC says teachers who didn’t get a C+ in the KCSE won’t teach in secondary schools, even if they have a degree in secondary choice.

Primary school teachers who went to college for a secondary degree had a C (simple) average in KCSE.

She said the Commission upped the bar to improve education quality due to new societal problems.

“The Teachers Service Commission has elevated the entry point of teaching in the country,” Lentoijoni remarked.

The decision prevents teachers who scored C- or C and have degrees from teaching in secondary school, despite a suggestion by Kenya National Union of Teachers (Knut) Secretary-General Collins Oyuu that primary school teachers be allowed to teach Grade 7 and 8 in junior secondary school because several have masters degrees.

In the last three years, 3,000 P1 graduates were promoted to secondary schools.

The Commission assigned art and science teachers to secondary schools.

TSC stated teacher deployment will be based on available teaching vacancies, despite complaints from certain teachers.

TSC outlined the prerequisites for promotion to secondary school:

iii) Have a Bachelor’s in Education with 2 teaching subjects;

iv) Must have a C+ (Plus) average on the Kenya Certificate of Secondary Education (KCSE) or its equivalent, and a C+ (Plus) in both teaching disciplines;

v) Must work for TSC.