TSC Has Listed The Names Of Teachers Per County Who Will Not Be Promoted Completely. Checkout 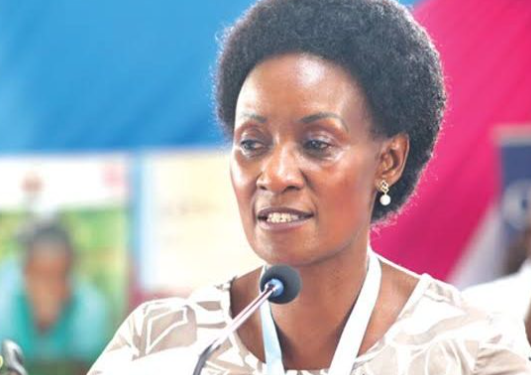 TSC human resources director Julius Olayo, however, said promotion of teachers with masters and PhD degrees is a preserve of the Salaries and Remuneration Commission (SRC).

“We have a number of you who went back to class and got masters and PhDs, but you are wondering why the commission is not considering those papers when you come back. These promotions are controlled by SRC and TSC can do nothing about it,” said Dr Olayo.

Principals attending headteachers conference in Mombasa also lament stagnation in one job group.The Teachers Service Commission (TSC) has ruled out promotion of teachers based on higher qualifications attained while in service. He said the TSC promotes teachers using the Career Progression Guidelines.

Principals attending the Kenya Secondary Schools Heads Association (Kessha) conference yesterday lamented that teachers had stagnated in one job group for many years while those with higher qualifications such as masters and PhDs are not recognised.

Kessha chairperson Kahi Indimuli said the challenge teachers and principals face is that promotions are pegged on the schools they are teaching, which has created unfairness.

“Let us not peg promotions on the category of school one is posted, as this has cost many deserving teachers promotions for years,” he said.

Mr Indimuli said a majority of principals in Job Group D3 have stagnated despite their long service. “We need to ease off that stagnation,” he said, adding that those with higher education qualifications should be considered.

TSC legal services director Calvin Anyuor said the commission and SRC conducted job evaluations and separated the jobs of administrative teachers from those in the non-administrative cadres. He said any promotions must be conducted as advised by the SRC..

The truth of the matter is that a principal is not just a teacher, and when that evaluation was done, they were given a higher grade than other teachers. Those grades are D3, D4 and D5,” he said, adding that to move from one grade to another, one must have served in the previous grade for three years.

However, Mr Anyuor said promotion to the next grade is not automatic as it must be done through a competitive process. He explained that the commission has continued to advertise to have teachers in job groups D1, and D2 moved to D3 and that’s why so many principals are in D3.

The principals also urged the TSC to stop sacking teachers whenever they err, advocating alternatives such as warnings. “We need to review this policy. Sometimes things happen without our knowledge,” he said.

The commission also vowed to continue implementing the Teacher Professional Development Programme (TPD). “ We will continue rolling out the TPD online this year as planned. From next year, we shall blend it with a five-day physical training at the sub-county level,” said TSC quality assurance director Reuben Nthamburi.

Mr Nthamburi said the commission is making efforts to have TPD paid for by the government, but it has not yet borne fruit and teachers will still have to pay for it.