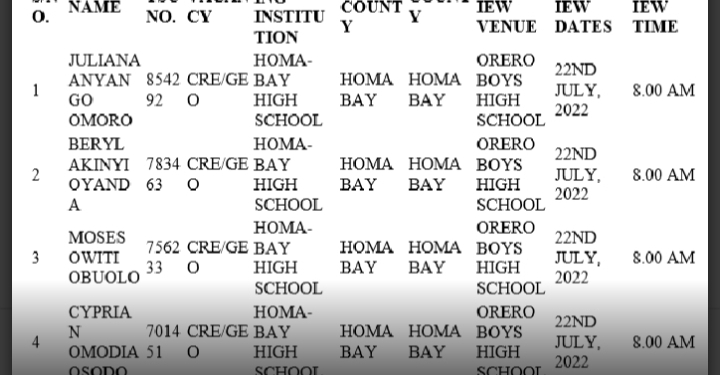 Dr. Macharia also stated that the merit lists generated during the exercise will be used for future recruitment within the fiscal year.

TSC plans to complete the selection process and handle complaints within the next two weeks, with successful candidates reporting to schools on September 1, 2022.

Mr Odinga has promised several goodies under the ‘Citizen Education’ pillar, including free education from kindergarten to university and the employment of over 300,000 teachers.

He would, however, have to increase sector spending from Sh544.4 billion to Sh744.4 billion.

The Teachers Service Commission (TSC), which receives the majority of the budgetary allocation, would increase spending by Sh150 billion once more.

The unemployment crisis in the country has reared its head with over 356,000 jobless teachers hopping to be among the 14,000 whov will be employed by the Teachers Service Commission (TSC) this month.

The commission received 136,833 applications for the 1,000 new primary school teacher positions that were advertised.

TSC has also posted 8,230 job openings to replace teachers who have left the service due to natural attrition. The openings are in both primary schools (6,539) and post-primary institutions (1,691), and 327,882 applications were received.

Mr Odinga will need at least Sh150 billion to hire 300,000 teachers in his plan if elected president.

Over the last five years, the government has spent Sh2.5 billion annually to fill a critical shortage of teachers.

As a stopgap measure, Sh1.2 billion has been proposed in the budget to recruit 6,000 interns.

The proposal to absorb all unemployed teachers, however, may result in overstaffing in public schools, which currently have a shortage of 114,581 teachers.