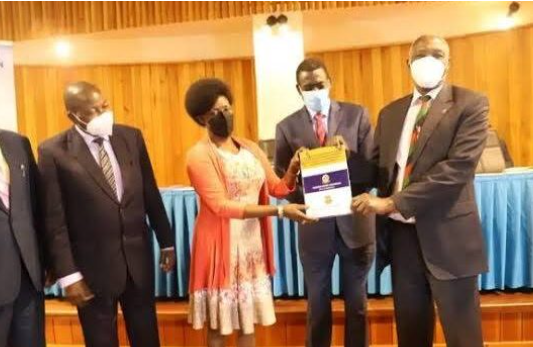 The programme which was meant to change the teaching service in the country has faced several challenges since its introduction, hence raising questions as to whether it is going to die a natural death.

Since its introduction in April 2018 by the Teachers Service Commission (TSC), the Teacher Professional Development (TPD) programme has faced several challenges.

However, in its battle with various education stakeholders, it has not been the only victim as union leaders and some teachers who publicly rejected the programme have been victimized and some transferred to far flanged counties.

TSC has faced a blow for the second time in its efforts to fully roll out the programme after Members of Parliament (MPs) through the National Assembly Departmental Committee on Education and Research restrained the Commission from rolling out the programme until extensive public participation to take in views from teachers as main stakeholders and beneficiaries of TPD, teachers trade unions and other stakeholders with view of building consensus on the programme is done.

The same TPD was halted by the Employment and Labour Relations Court (ELRC) in 2019.

Both the MPs and the ELRC have almost the same reasons for halting the roll out of the programme.

This has raised several questions as to whether the commission really consults its major stakeholders’ before implementation.

In July 12, 2019, the ELRC Judge Byrum Ongaya in his judgment halted the implementation of TPD and observed that there being no regulation promulgated by TSC on the TPD programmes, there is no valid TPD programme for implementation.

“The TPD modules in dispute shall not be implemented as they fall short of professional development programmes,” said Justice Ongaya.

In its ruling, the Court considered section 35 of the Teachers Service Commission Act, 2012 and stated that Section 35 (2) (a) is clear that the TSC shall require every registered teacher to undertake career progression and professional development programmes as may be prescribed by regulations made under the Act, hence the TPD programmes are to be prescribed by regulation.

“The Court considers that the TPD programmes in dispute in the instant case have not been issued by way of a regulation as no such regulation has been exhibited.

In making that finding, the Court considers that the provisions of section 35(2) (a) are not satisfied when the Code Of Regulation for Teachers(CORT) in regulation 48 (1) simply provides that every teacher shall undertake the professional teacher development programmes prescribed or recommended by the Commission from time to time,” the judgment added.

Regarding the cost of the programme, the court ruled that in developing TPD programmes pursuant to provisions of section 35 (2) (a) of the Teachers Service Commission Act, 2012, there would be no authority to impose fees and charges for want of enabling statutory provisions in that regard.

The petitioner (TSC) has not shown a provision in the Teachers Service Commission Act, 2012 or other law permitting it to impose fees and charges against teachers with respect to TPD programmes and as was submitted for the petitioner,” reads the judgment.

The court added that if it is desired that any charges or fees are deducted from the salary payable to teachers with respect to partial or full funding of TPD programmes as may be necessary or appropriate, then such deductions will have to in compliance with the provisions of Part IV of the Employment Act, 2007 on protection of wages.

“Accordingly, the Court returns once again that a statutory provision expressly permitting the petitioner to deduct out of teachers’ salaries towards partially or fully funding of TPD programmes as may be necessary or appropriate would be mandatory in that regard.

Under section 25 of the Act, it amounts to a criminal offence to deduct salaries except as provided in Part IV of the Act,” Justice Ongaya ruled.

Kenya National Union of Teachers (KNUT) under the leadership of the then Secretary General Wilson Sossion in 2018 had earlier on issued a strike notice in all public schools if the government fails to meet their grievances.

In a counter move, in December 31, 2018, TSC moved to court and filed a petition to stop KNUT from calling a strike which was to commence on January 2, 2019. TSC also sought the court to compel the union to resume talks and negotiations initiated by the Labour ministry.

By that time, KNUT had over 187,000 members and going for a strike would mean disrupting teaching and learning in almost all public primary schools in the country.

By the time TSC was taking KNUT to court, they were not seeing eye to eye. Their disagreement had escalated and reconciliation efforts by the Labour ministry often ended up in walk outs by either parties.

While the court ruling was a big win for KNUT, which was under the leadership of Sossion by then, it also marked the beginning of his downfall since the Commission cracked its whip on him by tactically choosing to only implement the ruling on KNUT members.

The Commission achieved this by first stripping them off the promotions and pay rise they had gained from the CPG and secondly, barring the members from future promotions.

In search of a share of promotions and pay rise, the teachers started to move out of the ‘ill-fated’ union, and in the series of events, the number of KNUT members dwindled from 187,000 members in July 2019 to 34,000 members in October 2020 and further to 16,000 in June 2021 when Sossion decided to resign from the union leadership.

After the resignation of Sossion in June 2021(he had been seen as a major hardliner for the implementation of TPD), the Commission featured the component in the 2021-2025 non-monetary Collective Bargaining Agreement (CBA) where all teachers unions notably KNUT, Kenya Union of Post Primary Teacher Education (KUPPET) and Kenya Union of Special Needs Education Teachers (KUSNET) agreed that TSC should implement TPD.

“In recognition of the fundamental shift in policy in public service and with a view to promote, enhance and maintain high performance standards in the teaching service, parties hereby agree that the Commission shall implement continuous Teacher Professional Development Programmes and Performance Evaluation system,” reads the 2021-2025 CBA.

It adds that: “To this end, in compliance with Regulation 48 (1) of the CORT, parties reiterate that every member shall undertake the professional teacher development programmes prescribed by the Commission from time to time.”

After the Commission rolled out the programme again on September 22, 2021, there emerged another problem.

The Kenya National Teachers Pressure Group (KNTPG) was formed and its national spokesperson Martha Omollo led other teachers to resist the programme.

In November 2021, a good number of teachers most of whom were members and leaders of KNTPG were transferred to far-flung work stations. TSC termed the transfers normal though many saw it as a move perceived to be a crackdown on those associated with the activities of the group.

The other transfers come only few days after Ms Omollo was transferred from Mowlem Supaloaf Primary School in Njiru, Nairobi County to Trans Nzoia County, a transfer that took only a day.

At KUPPET, a number of Branch Executive Secretaries went viral and publicly rejected the programme and their move raised questions as to whether the national leadership of the union extensively included the views of teachers before endorsing the roll out of TPD.

Several branch Executive Secretaries ran into trouble for opposing the program, and were subsequently removed from the union payroll hence going without pay.

Currently, three Executive Secretaries who are Sabala Inyeni of Vihiga, Samuel Orwa Jasolo of Migori and Robert Miano of Laikipia have confirmed to Education News that they have not been reinstated back to the union payroll meaning, they have been without salary since October 2021.

In their own words:

“We are so happy that what we fought for has finally seen the light of the day. TSC must pay for TPD modules, no two ways about it.” Sabala Inyeni, KUPPET Vihiga

“We are very happy with our MPs because now they are in solidarity with us and we would wish to thank the parliament for agreeing with us because honestly, it was a wrong thing.

Worldwide, it’s the employer who pays for any kind of improvement to workers. If there is something new you want them to learn, cater for the cost as the employer. If there had been negotiations, we would have told TSC that we can’t pay for the programme.”- Robert Miano, KUPPET Laikipia.

“This is a win-win situation for teachers. Let it go on record that KNTPG members made a serious outcry that attracted the public eye causing parliament to tremble and act on it.

Those of us who were punitively transferred for raising issues are being vindicated every day.” – Martha Omolo, KNTPG National Spokesperson.