The Ministry Has Announced The Specifications For The 2,300 Primary Schools That Will Host JSS 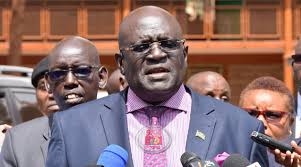 The government is still scrambling to find enough classrooms by the deadline to accommodate students in Grade 7.

The elementary schools picked are those that are located on the same compound as secondary schools, according to Prof. George Magoha, the cabinet secretary for education, who made this statement on Wednesday.

“We have said as a government, when a high school and a primary school are within the same compound, we shall also use the physical resources that are there,” he said.

In the 2,300 primary schools nationwide, there are 5,000 accessible classrooms that will serve as the Junior Secondary school’s location, according to CS Magoha.

The CS gave a speech at the Nairobi-area Pumwani Boys High School, where he had also presided over the groundbreaking for the establishment of Competency Based Curriculum (CBC) classrooms.

According to the CS, the government also closely collaborates with private schools to make sure that some junior secondary school kids can attend those institutions as well.

The government anticipates that more than 5,000 classrooms will be built by private institutions for JSS.

The standards for transferring pupils from primary to junior secondary schools will be made public in two weeks, according to Prof. Magoha.

“We shall tell you precisely what we are going to do with our children, but in general terms, for those parents who are so worried about their kids, like the ones in the private sector, there is no harm with those children staying there for an extra one year so that they start moving out in year nine,” he said.