The Following Teachers Who Rejected TPD Modules Have Been Dismissed And Removed From TSC Payroll. 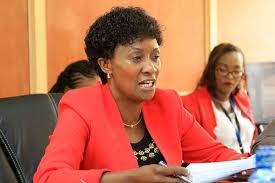 The Kenya Union of Post Primary Education Teachers (KUPPET) National Office and a few branch Executive Secretaries who opposed the controversial Teacher Professional Development (TPD) have reached a resolution to their protracted impasse, which ended after the branch officials were reinstated to the union payroll. The impasse had lasted for a significant amount of time.

According to a top official at the KUPPET national headquarters who asked to remain anonymous in order to preserve their position, all of the union’s branch leaders have been readmitted to the union payroll.

The executive secretaries of Vihiga and Migori, Sabala Inyeni and Orwa Jasolo, were reinstated in April, according to the source. During the months of January and February of this year, a significant number of people were given their jobs back.

Because he had not reacted to an SMS that had been given to him by the time the story went to press, attempts to get in touch with the Secretary General of the union, Akelo Misori, for a comment on whether or not the officials had been restored were fruitless.

The executives of the affected branches expressed their dissatisfaction with the decision made by the union, stating that they were obligated to fulfill both financial and third-party commitments.

After that, he continued by saying that the branch dues were not enough to keep the branch operating properly.

“The decision to merge the salaries of executive secretaries and union dues caused us to lose a significant amount of money. There were times when my pay was less than 10,000 Kenyan Shillings. According to Lengoyiap’s explanation, the Samburu branch is financially unable of even paying the salary of the Executive Secretary on its own.

It was believed that the decision made by the central office to combine the salary of branch executive secretaries with union dues was intended to be a form of punishment for Executive Secretaries who refused to comply.

On September 22, 2021, protesters gathered at the Centre for Mathematics, Science and Technology Education in Africa to voice their opposition to the contentious TPD program implemented by the Teachers Service Commission (TSC) (CEMASTEA).

and September 27, 2021 in order to publish open letters in which they informed the union’s central office of their branches’ rejection of the controversial TPD program.

In addition to this, they voiced their concern with the National Executive Board’s (NEB) lack of action to defend its members.

He stated that he had only received letters from ten (10) different branches between September 24 and September 27 of the previous year.

“It astounds me that the vast majority of secretaries have never even made an attempt to deliver their purported letters to my office.” In point of fact, up until Friday afternoon, my office had only received emails from three of our branches: Migori, Uasin Gishu, and Isiolo. According to the report, Misori stated that she received letters from seven additional branches before the close of business on Monday, September 27. These branches included Kwale, Narok, Samburu, Meru, Tana River, Wajir, and Makueni.

The decision to terminate the TPD refresher program was made by legislators on March 3, 2022. Legislators demanded that the TSC solicit significant input from the general public, that the number of participating institutions be increased, and that the government come up with a strategy and pay for the costs of the program.