Teachers To Enrol For Masters Degree In order To Deliver On CBC Program, Sossion Says

The former Secretary General for KNUT, Hon. Wilson Sossion stunned a warning that CBC programme is going to get worse than expected.

He said that public schools are not eligible to deliver CBC dye to lack of enough infrastructure in those schools. In reference to the state of the classrooms in our public schools, Sossion said they have not reconfigured because there are two things that are yet to be done. 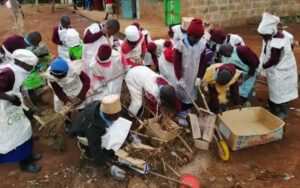 According to Sossion, there are key factors that are needed to be done for a successful CBC programme. One of the key factors being, investing in teacher training and deployment to make sure there are enough teachers who are well trained in the schools.

He further said that the education system which originated from the US has picked very well in Finland.

In his remarks he said that for a teacher to deliver in their teaching in Finland, one must be trained to a minimum of masters level after which you are supposed to conduct a classroom observation for six months before being allowed to teach.

He stated that whatever that has been done in kenya is just a joke and not CBC delivery because teachers have not undergone the required training.

The ODM nominated member of Parliament said there’s none, not even the minister himself is ready to tell kenyans which country they are benchmarking with in order to deliver the new curriculum knowingly that our teachers are not trained to masters level.

Sossion suggests that for CBC to work well in kenya,  classes in public schools  must be reduced in size to less than 20 learners in every learning lesson.

Schools like Olympic Primary School has an average of 70 students per class making it unable for the teacher to give necessary assessment by the end of the lesson.

The former KNUT secretary said this education system was brought at the wrong time since our teachers had not received the required training in order to deliver.