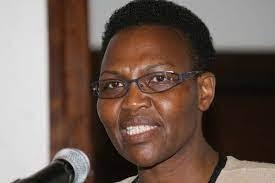 This comes at a time when the cost of living has sharply risen, weakening the purchasing power of the civil servants whose monthly pay does not match the increasing prices of commodities.

According to SRC chairperson Lyn Mengich, the review of a policy that will guide allowances in the public service is 80 percent complete and will be implemented in the next three months, paving the way for the elimination and merger of some perks in October.

In terms of the analysis, we are at 80 percent now, then we will issue an advisory to the institutions on the new structure. We will do this in the next three months,” Ms. Mengich said on Tuesday.

“A number of institutions like university councils have been approving other allowances yet they do not have the mandate to do this. We are analyzing then we will say this is what it (allowances plan) should look like”

Currently, over 247 remunerative and facilitative allowances, up from 31 in 1999, payable within the public sector and they have the effect of doubling a worker’s monthly pay and account for 48 percent of the State wage bill.

In June 2022, a proposal was sent to the Parliament, according to the proposal, SRC wanted the salaries and allowances of public officers to be automatically reviewed after every four years as a means to match the increasing cost of living.

If approved, the plan will bridge the gap in the salary review procedure in the public service which currently does not have a clear timeline.

The lack of timelines anchored in the law for the salary reviews has left civil servants at the mercy of strikes or signing Collective Bargaining Agreements (CBAs) to push for their pay increments.

The approval will also see public officers such as teachers, lecturers, doctors, and nurses join State officers such as the Head of State and Members of Parliament whose pay is reviewed after every four years.

The State aims to cap allowances at a maximum of 40 percent of a public worker’s gross pay, shifting from the present unregulated model that inflates the workers’ take-home. If adopted for all government employees, the remuneration guidelines are expected to cut the wage bill by approximately Sh100 billion annually or Sh2 billion weekly.

Most teachers employed by the teacher’s service commission only enjoy two allowances (house and commuter) with a few others getting hardship and reader’s allowances.

This means that the tutors will be the least affected by the looming pay cut that is likely to affect the spending habits of some public officers at a time when inflation is at its highest.