Students learning under the Competency Based Curriculum education system have suffered another stressful setback after public universities said they will not enrol them.

The Vice Chancellor for  University of Nairobi, Prof. James Kiama, on Tuesday night of February 16 cited that the pioneer class of CBC learners will have a challenge with university education due to unpreparedness.

According to him, CBC system of education is a good idea and cheaper for learners but when it comes to universities, it’s a major challenge since they have not prepared for the enrollment of those students. 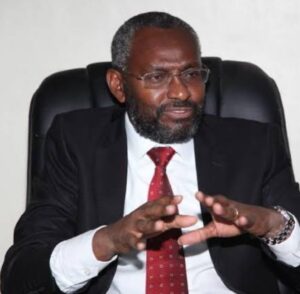 Prof. James Kiama further said, there’s a likelihood of experiencing challenges with the CBC learners at the university level just as it has been with the 8-4-4 system unless the government works with the institutions for early preparation.

He termed the the CBC system to be cheaper as compared to 8-4-4 since the number of years has been reduced from 4 years to 3 years.

The first lot will be enrolled in 2029, so the institutions have seven years to prepare.

His statements were backed by Medina Halako who said that the education sector has been highly affected by covid 19 pandemic.

She further said that the 7 years time frame is not enough to plan and prepare to receive students.

She supported the CBC education system stating that it came at the right time because we needed to tap talent from our children and it is very beneficial to learners from remote areas.

The statement from the two intellectuals came in after the ministry of Education said it will abandon the National Education Management System (NEMIS) for a new system.

They declared that NEMIS does not meet the standards of the CBC. The curriculum was complex that it needed a system that could be used to track the academic performance of students from pre-school to university level.