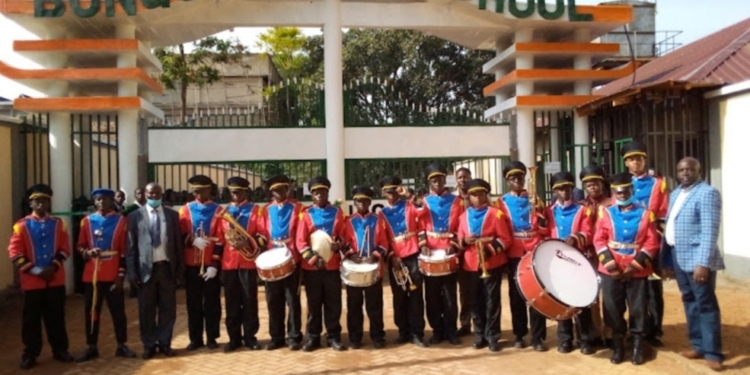 The Western Region director of Education, Mr. Stephen Barongo congratulated the school management for that achievement of building a modern gate as he graced the event.

In his remarks, Barongo said the gate will solve issues of insecurity by ensuring that students are staying in a secure environment.

According to Barongo, the gate is ranked as one of the best as it brings a new and beautiful face to the school.

He assured them of maximum security as the ministry of Education will work hand in hand with the security department to ensure there’s a conducive working environment for candidates.

The school heads were further asked to ensure that their schools stick to exam regularities to avoid cancellation of their exam results.

Enock Adanje, who is the school principal said that the fundraiser for the construction of the gate was started by the parents whereby they were contributing Ksh 2,000 for every parent.

Adanje said, the Ksh3 million did not only build the gate but also renovated the perimeter walls that run around the school compound in order to improve security in the school since its within Bungoma Town.

The was designed in that it has an office for the security guards, washrooms for visitors and a cell that will help detain notorious people (students and non students) before handing them over to the police station.

The principal gave a stern warning to visitors as he said, no visitor will be allowed in school without going through all the protocols at the gate as it will highly help to minimize indiscipline cases such as drug supply and theft in school.