According to the auditors report that was presented to the National Assembly, a number of constituencies cannot account for the millions of shillings in bursary funds meant for students in tertiary and secondary schools.

In the auditor general’s report on constituency development funds, most of the Members of Parliament will be I a fix since millions of shillings are said to be allocated to ghost students whose names are not provided, while the money is said to have been spent.

Ms Gatungu claims that several students suffer because the money that is meant to help them lands in the wrong hands. This comes in as the quoted constituencies failed to produce a list with  the names of students or schools and are not able to account for the funds.

As per the reports, some CDF offices have failed to provide beneficiary admission numbers and school information like bank accounts and the school name.

In as much as the Mps have been given the mandate to select the management team members, some of them select cronies including spouses to manage the funds which leads to abuse.

A constituency like Chepalungi received some queries from the auditor to account for Ksh 46 million that was disbursed to students with no admission numbers of Beneficiaries or supporting documents of the disbursed funds. 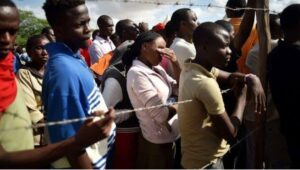 Ksh2.5 million that was paid to two oil and lubricant suppliers are in question since there are no supporting documents such as requisitions or quotations.

In Tigania West constituency, Ksh 698,200 cannot be accounted for since there is no acknowledgement receipt that was present to support the expenditure.

Mbeere South constituency follows suit as they are unable to account for Ksh 23 million.

In Njoro constituency, ksh4.6 million was paid to a supplier who was to supply Internet to four wards namely; Njoro, mau narok, mauche and Lare. They were proven otherwise as the field inspections revealed that there was no installation that was complete in mauche and Njoro wards leasing to no network connectivity.