During the inspection of the Competency Based Curriculum classes, Magoha said that some of the examination officials used to buy students data whereby they promised schools good results.

In his remarks, he stated that the new form of cheating is growing and warned parents and students not to take part in it or else they face the consequences.

He also warned those principals who want to give strangers index numbers belonging to their students to sit for exams on behalf of the students with the hope of getting better results.

Magoha threatened to be knowing those people who are intending to cheat as well as their contacts as they appear in KNEC. He told them if they have a lot of money, they go donate some to the church so that they may help the needy.

According to him, the majority of those affected are those learners who are not prepared for examinations due to laxity because they have been promised good grades as they will be given some leakages of the examination papers.

Prof. Magoha bitterly said, a rigorous action will be taken upon the culprits without any mercy.

This comes in after the ministry of Education announced safety precautions for the Kenya Certificate of primary Education (KCPE) and Kenya certificate of secondary education (KCSE) that are set to commence in March. 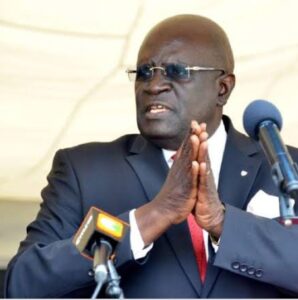 Magoha Warns of a new form of exam cheating

In his company, there was the interior cabinet secretary, Dr. Fred Matiang’i who stated the Reforms that had been implemented to restore the credibility of the national examinations.

Matiang’i curbed exam cheating when he was the cabinet secretary for education. This helped many students to get the grades they deserved which helped them not to be discontinued from the  university.