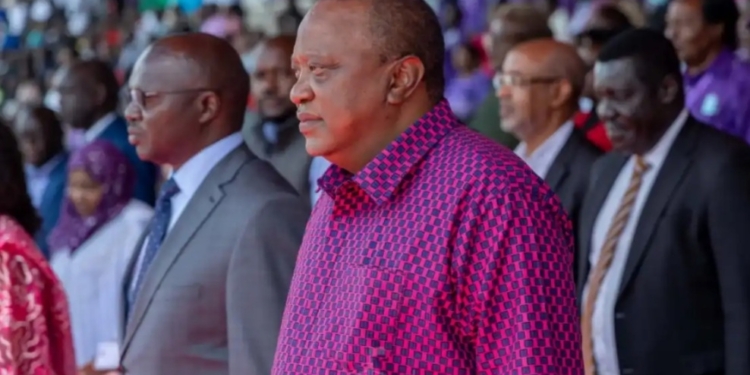 President Uhuru Kenyatta has announced a 12 per cent increase in the minimum wage effective Sunday, May 1.

Mr Kenyatta, addressing the people of Kenya during Sunday’s Labor Day celebrations at Nairobi’s Justice Stadium, said the decision was aimed at giving the country’s workers a chance against rising living costs due to external economic factors.

“I am announcing a 12 per cent increase in the minimum wage today, effective from today,” he said, referring to the people of Kenya as Labor Day gifts.

At the same time, the President directed the Cabinet Secretary for Labor and Social Security, Simon Chelugui, to immediately gazette a representative of the Central Organization for Trade Unions (COTU) on the Board of Trustees of the National Social Security Fund (NSSF).

Mr Kenyatta similarly lamented the ongoing tensions between Russia and Ukraine, which he acknowledged played a key role in the ongoing fuel crisis, as well as the slowdown in the recovery of the global economy from the epidemic.