The introduction of the Competency Based Curriculum (CBC) brought about a slew of changes in Kenya’s educational system.

This includes the subjects to be studied as well as the number of years students will need to complete their education circle.

The CBC is currently being implemented in grade 5. Learners will advance to grade 6 on April 25,the start of the first term of 2021/2022 academic year.

In January 2023,1.24 million pioneer KCBE candidates will begin attending junior secondary school. At this point the academic calender will revert to the standard January-November schedule.

Teachers and councillors will provide the necessary guidance to bridge the gap between education and career.

Learners typically exhibit higher level of engagement and motivation when they have a clear idea of what they want to do or become in life.

As a result, the new system will allow students to select optional subjects based on their personality, abilities, interests and career goals.

In junior secondary, there are a total of seven optional subjects.

Learners will be able to select a minimum of one and up to two optional subjects.

Visual arts, performing arts, home science and computer science are among them. Learners will also have the option of studying foreign languages. 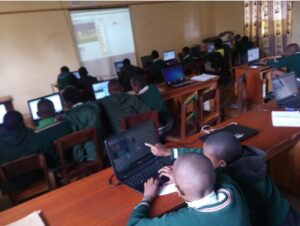 There are several language options available including German, French, Arabic, Chinese and mandarin.

Students will also have the option of studying an indigenous language of their choice.

There will also be the option for students to study Kenya sign language.

This is How junior secondary school under new CBC will look like,number of subjects to be taught, type of uniform learners will wear