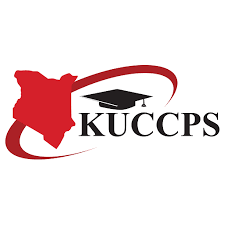 According to the most recent update, the Kenya Universities and Colleges Central Placement Service (KUCCPS) has distanced itself from a viral notification stating that its site is now open for university, college, and TVET applications for the academic year 2022/2023..

Official channels will be broadcasting a message urging the public to disregard the information, according to a KUCCPS spokesperson.

Updated information from the Kenya Universities and Colleges Central Placement Service (KUCCPS) states that the application process for university, college, and TVET programs for the 2022/2023 academic year is no longer available on its site.

According to a KUCCPS representative, the public should disregard the information and the official message will be broadcast on their official channels.

According to the official, the KUCCPS site has yet to open.

For those who had recently passed their national exams but hadn’t yet applied for college or a vocational school, Anno claimed that they had an opportunity to do so.

Additionally, a candidate was instructed to enter their KCSE index number, year of examination, and their birth certificate number as a password in the above notice.

Additionally, the notice stated that students who scored at least a C+ could apply for degree courses at both public and private universities across the nation.

According to the phony announcement, the KUCCPS portal is officially open for 2022/2023 applications to universities, colleges, and TVET programs. Students who have finished high school but have not yet applied to KUCCPS can do so now by visiting the school’s website.

“Students who scored a minimum of C+ can apply for degree courses in both the public and private universities country-wide” was also part of the fake announcement.