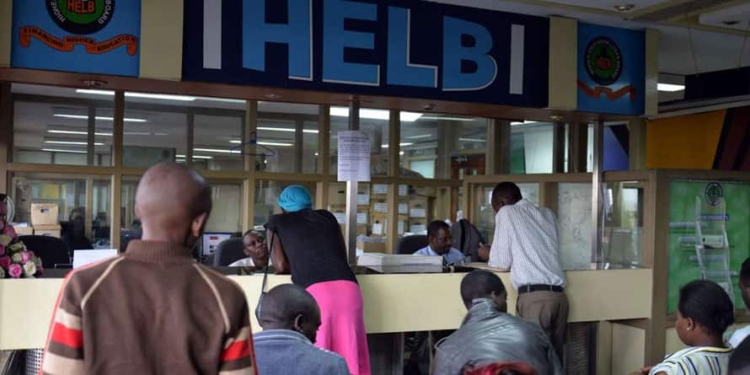 Students from higher learning institutions will have to wait longer before they can apply for HELB loans.

This is due to the Ministry of Education’s directive on conditions that must be met before the approval of the Higher Education Loans Board Ammendment Bill.

If the bill is approved and adopted, students below the age of 18 years may be able to obtain HELB loans.

Nominated MP, Jon Gideon Koske had submitted a propasal seeking approval of loans for university students under the age of 18.

Anyone who receives an education loan from HELB must have his or her parents or guardians as co-signatories. This IA according to the proposed legislation.

In a meeting that was held by the National Assembly Education Committee, bomachoge- borabu MP Zadock Ogutu stated that once the borrowing law is amended, the bill will be passed.

Ogutu further said, before the approval of the propasal, his counterparts needs to lay a base for the ammendment after which it will create space for expansion. The proposed ammendment is fully supported by the lawmakers.

The ministry report stated that, now that minors cannot open bank accounts, parents and guardians will have no assurance on whether the money will reach the minors.

The lawmakers wanted to broaden the definition to include a parent or guardian as a co-signatory.

The proposal was also supported by Kasipul Kabondo MP stating that it would take a long way to assist needy university students.

He also said, It will also create an awareness of loans requested by their children.

Similar proposal was done in 2015 but the president vetoed that bill claiming sustainability concerns.

The president refused to sign the bill citing that it would necessitate a lot of funds from National treasury to keep it running.

He also removed provisions that allowed graduates who fid not find work within a year of finishing their studies to be exempted from penalties if they informed the board.

Mps also rejected a bill in August that would have reduced the interest rate on HELB loans tu O 3% and provided a five year grace period.

The bill was rejected by the  Education Committee of the National Assembly claiming that the board will lose jsh693 million per year.