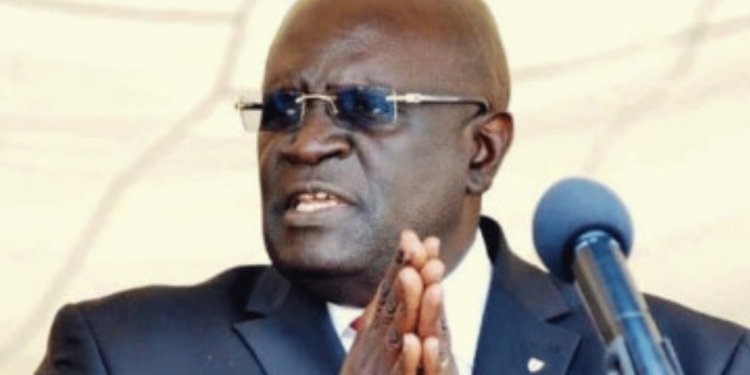 Professor George Magoha has confirmed that teachers who are teaching Grade Seven and Eight must be trained on the new Competence Based Curriculum as we look forward to implement CBC fully come next year.

Professor George Magoha said that more teachers are needed who are equiped with teaching skills to deliver the new Competence Based Curriculum but the first lot to be given consideration are those teachers who are handling grades 7 and 8.

Professor George Magoha confirmed it when he was speaking at Ituuru Boys High School in Gatundu South yesterday.

In order to move forward towards full implementation of CBC, enough teachers must be on the ground thus the training process will be continuous and are scheduled to be done on August and December, Magoha told the journalists

Professor George Magoha while Speaking at Ituuru Boys High School in Gatundu South yesterday, said most private schools were lagging behind as far as the construction of CBC classrooms for junior secondary is concerned.

He urged the private schools to get serious in investing in junior secondary schools. He noted that there is no much construction going on in private schools for the extra classrooms.

He urged the owners of the private schools who have not completed the construction to fast-track the programme so that the infrastructure can be inspected by the ministry of education.

Professor Magoha had announced in February that the government would approve any proposals from private school owners that would like to host junior secondary schools.

The Cabinet Secretary Ministry of Education further cited that Kisumu, Nakuru, Eldoret, Nairobi and Mombasa are areas with large number of private schools.