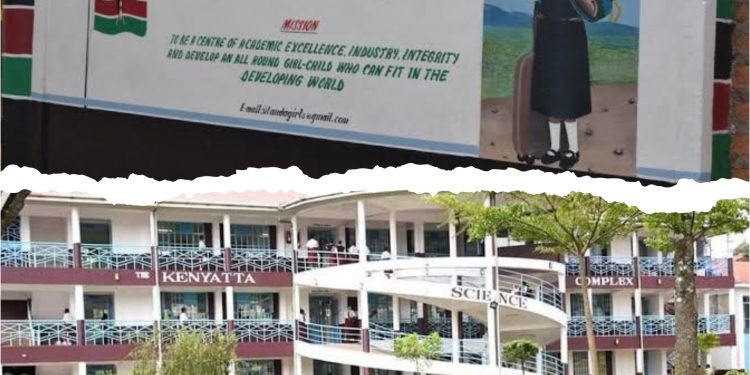 Two Nyanza based girls’  national schools were recognized for having the highest admission When Education Cabinet Secretary George Magoha was announcing the placement of Kenya Certificate of Primary Education (KCPE) candidates for 2021.

These institutions are Sironga Girls in Nyamira County and  St. Albert Ulanda Girls in Migori County  .The institutions will each admit over  800 form one students last year.

According to magoha, these  went out   of their way to expand capacity in support of 100% transition.

In Still this year, st. Albert Ulanda Girls and Sironga Girls are  going to admit 864 and 816 candidates respectively.

Sironga was founded in 1968 as a mixed school with only 62 students following a fundraising event graced by the Late President Daniel Arap Moi.

The school later transitioned into a girls boarding school and was made a national school in 2013 after the government increased the number of national institutions in the country.

The institution has been famed for its high-rise storey buildings with special facilities such as a science complex. Most of their buildings are painted maroon, hence the nickname ‘maroon palace’.

During the 2020 KCSE examination, the school posted a mean score of 8.2.

The Migori based school  was founded in 1967 and was named an extra county school during the government’s restructuring programme for National schools in the country.

The school posted remarkable results in 2020 KCSE results as they attained a mean score of 8.5 with 529 candidates.

Almost 99 per cent of the students at St Alberts Ulanda Girls managed to get direct entry to the University,last year.