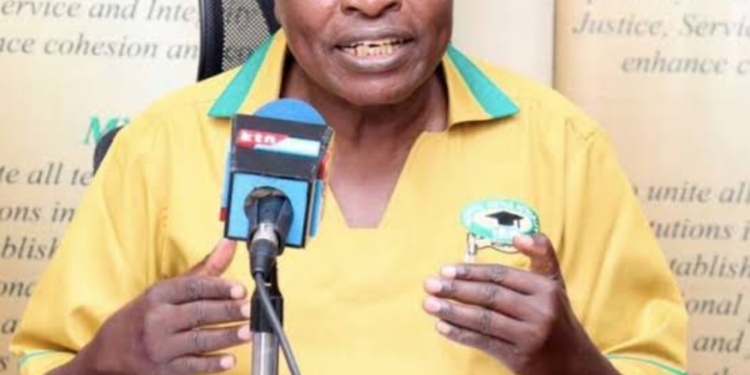 The Kenya Post Primary Education of Teachers revealed that it will give a strike notice in the course of the day. This is after their talk for salary increment failed to bear fruits.

The union said their push to reopen negotiations of the 2021-2025 CBA with the TSC has proven futile.

As per the secretary General for KUPPET, Akello Misori, the union had written to the Teachers Service Commission on January 17 asking for the reopening of the CBA within 21 days.

The union wants the negotiation to be done as early as possible since they do not have patience to wait any longer for the salary reviews. They had asked a pay rise of 30 to 70 percent for the highest and the lowest earning teachers.

Misori bitterly said that last year, there was a freeze in salary reviews due to covid-19 pandemic which affected the economy of our country. He further urged that covid-19 will no longer be an excuse that will make them deny teachers their deserved salary reviews.

KUPPET listed a raft of allowances that will be part of the negotiation with the employer.

Among the allowances are, commuter allowance which is supposed to be raised from Ksh 5,000 to 8,500 for the lowest earning teacher and from Ksh 16,000 to Ksh 20,800 for the one earning highly.

Risk allowance for science teachers, starting from Ksh 5,465 and ksh30,587 for the lowest and highest earning teachers respectively.

In the previous week, The Teachers Service Commission CEO, Dr. Nancy Macharia said, there are 242,406 teachers who have been identified to take part in the national examination as invigilators, supervisors and examiners