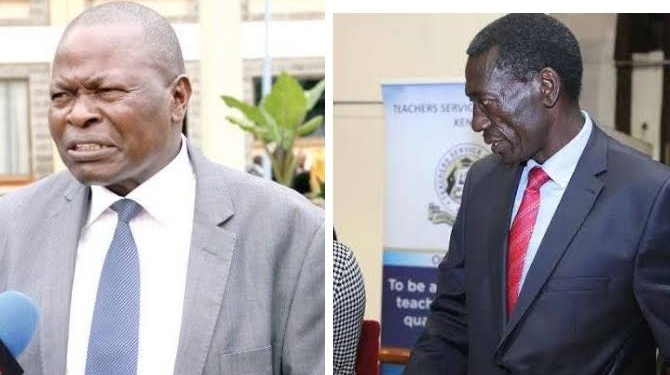 The debate over the transition to junior secondary school does not look to be coming to a close anytime soon as two teachers’ unions disagree on the planning and placement of the next level of study.

The Kenya National Union of Teachers (Knut), who asserts that the plan can rely on current infrastructure, says the junior secondary school students must stay in primary schools.

To cover the costs of constructing additional classrooms for private schools, KUPPET is requesting that the government set aside funds in their budget.

Contrary opinions are surfacing despite George Magoha, the education cabinet secretary, saying that junior secondary students will be housed in high schools.

Now, Magoha also mentioned that only a few number of primary schools with adequate facilities will be allowed to anchor junior secondary schools during a conference of private schools this week in Mombasa.

Mr. Oyuu asserts that there is no need to build classrooms in secondary schools because there is already infrastructure in place at the primary school level.

The emphasis should be on hiring and training teachers, he continues, noting that students in grades 7 and 8 will be housed in classes 7 and 8.

According to Oyuu, “the government can plan to construct more classrooms for Grade Nine in the near future.”

The CS Magoha gave an explanation of why the Ministry of Education had altered earlier intentions to host junior secondary students at secondary schools, claiming that they had been obliged to “step back” because of conditions in the private sector.

In order to prevent putting education through a profit-making business and ruthless rivalry, the action may need to be more extensive, according to Kuppet Secretary General Akello Misori.

Mr. Misori continued by saying that the Ministry should not assign private organizations the task of providing a public good.

If it must be done, the government should lay down the implementation’s rules, much as it does in US public schools, where charter schools receive money from the government to serve all students equally.

This provides consistency in quality across all institutions, preventing unfair competition and exploitation.