There are some factors that majorly  contribute to the university ranking in kenya. These factors are, published research projects, student population, the quality of it’s learning facilities, regional and global reputation, the number of alumni who have secured employment.

There tens of thousands of students who apply to join these institutes annually. According to UNESCO report, adult literacy in kenya is 81.53 percent whereby males have a higher rate as compared to women.

A bigger number of kenyans who want to pursue their careers prefer the top of global and national rankings. This leads to a lot of competition since the university that finishes first this year is not guaranteed to be the first in the next year.

Below is a list of top institutions in kenya in 2022.

The University of Nairobi is known as Kenya’s best university for many years. It is considered as one of the best higher learning institutions in the East Africa Community since many students f r km thus region study there.

It has 6 more colleges across the city. 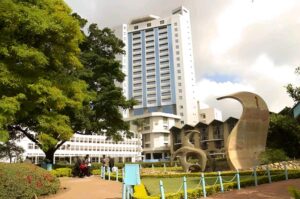 Kenyatta University is one of the largest universities in kenya and it’s well known as the leading research institute. The university was granted it’s charter back in 1985 and as at now it has 13 campuses which are spread across the country. It has a population of 70,000 with 1,500 academic staff. 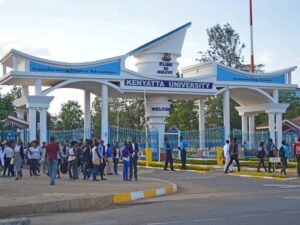 It is among the private universities we have in kenya. It is an old institution which was founded in 1961 whereby it has been the leading in providing comprehensive education in different fields.

This university is well known of its successful accounting program making it to be the best university in kenya for business courses. In addition to this, it has produced the highest number of CPA finalists since 2007.

Thiss University is governed by foreigners and locals whereby seven are Americans and 4 are locals. Dr. Chandaria (a Briton) is currently the Chairman of the board.

The board if directors consists of seven Americans, two Ghanaian and four kenyans.

The school was specifically founded to provide degree programs in Business Administration, psychology and International Relations but as at now, it has expanded its fields.

Tji is the leading university that deals with matters development of technology and agriculture in kenya.  JKUAT has a population of 29,500 students and 2,600 staff members. It also has campuses across the country.

For many years, this university has been known as the Kenya premier agricultural public university but it has now expanded it’s offerings.

Tech Companies That Have Suspended Services in Russia