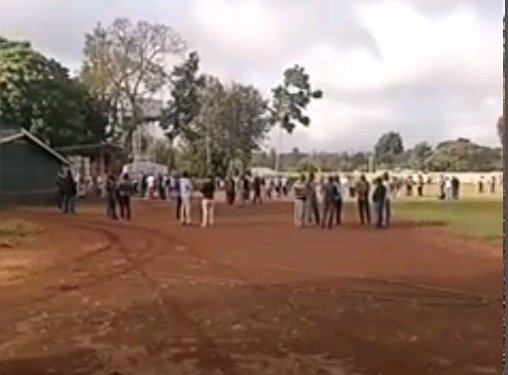 The ongoing marking and processing of the results of the recently concluded KCSE examinations is facing threats, as examinees at the marking centers reported delayed pocket allowance, review of traveling allowance and minor disruptions in the exercise reducing script marking fee. was staged.

According to sources, the dissatisfied examinees are demanding an increase in script parking fee from the existing 52 shillings to 75 shillings per script, among other complaints.

According to the video doing the rounds on social media, hundreds of examinees posted at the Stare Girls Center were seen chilling in the ground while serious marking was going on.

Go-Slow is threatening to affect the successful completion of the process in record time, noting that Education Cabinet Secretary George Magoha had said the exercise would officially end on Friday the 15th of this week.

Marking of examinations is being done in selected secondary schools and tertiary institutions on the basis of subjects.

Magoha also assured that the marking is being done under strict and meticulous guidelines in all the centers to ensure the integrity of the examination.

Simon Nabukwesi, principal secretaries of university education and research, also promised that soon after the results are released, KUCCPS will execute its mandate of placing students and candidates expected to join universities by early June this year.