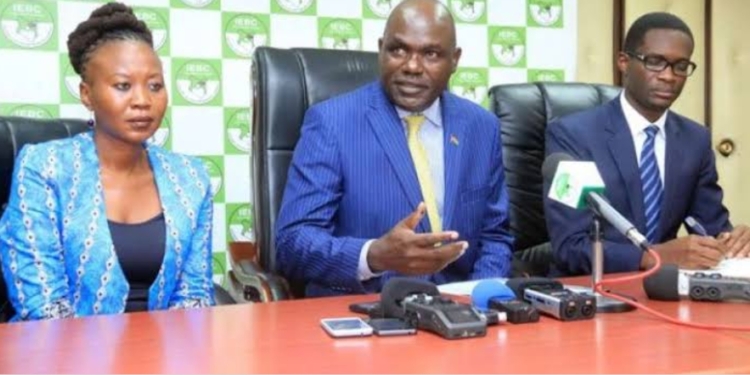 The Independent Electoral and Boundaries Commission has rejected the 2021 bill of huduma number claiming that it will take a lot of time for them to implement the law whereby they will not manage to do it before August 9  elections.

The IEBC said, the implementation of the law will force them to change it’s operating standards in voter registration and verification. They will be forced to do updating if their register and their technological platforms, like candidate registration management system and the Kenya Integrated Election Management.

They will have to change the document used in registration and replace it with by inserting huduma number field in order to update the voters register.

According to the controversial Bill, kenyans are supposed to be given more time to acquire huduma Number in order to safeguard the right to vote and vie for elections.

Although, there is still a confusion on when will huduma Number replace the use of national identification cards and valid passports.

The main use of  huduma Number is to have a unique identifier that will enable one seek services from the government agencies.

The card was to replace the many cards that citizens carry for services where everything was to be combined and saved under one card and that is huduma number.

The bill highlights that the IEBC may use the National Integrated Identity Management System (NIIMS) database to maintain, compile, revise and update the voters register.

The IEBC said, now that there is no stated timeline on doing away with the use of national ID’s, confusion is likely to happen now that people have been registered as voters ahead of the coming general elections in August 9 2022 using their ID cards.

However, the commission gives NIIMS a hand stating that it is more reliable and faster that it will assist in removal of dead voters since it requires mandatory report of dead people.

Although, Chebukati says, they have not been given the mandate to access data from NIIMS for validation and audit of voters register and removal of dead voters. He further said that the NIIMS will weaken the commission now that it will have to depend on data given by a different system.