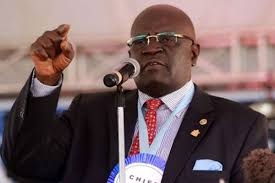 On Monday the 11th of this week, Education Cabinet Secretary George Magoha released the public results on the appointment of Form ones.

This big and long-awaited announcement was received with a mix of joy and dismay after the fact that some people were not sure if they would be called into the schools of their choice, in fact creating anxiety among them.

However, this is expected to happen under normal circumstances as not all students get admission in the schools of their choice.

There is an underlying reality that some of the selections and placements were outright ridiculous. For example, questions have been raised about the logic behind how a student in Kakamega ends up as a day scholar at a school in Nairobi, Pokot or Lamu.

Some of the similar cases mentioned above have actually undermined the confidence of the learners, parents, teachers and guardians in the digital selection process.

At the same time, some students are shocked to learn that they have been admitted to schools they have not opted for and worse, these schools are far away from their homes.

While it is not possible for all students to get the school of their choice, parents have indicated that it is not right to send students, especially those who have posted excellent grades with the sole aim of joining specific schools. Have worked extra hard to, to be different, end up in less prestigious institutions.

During the process of selecting schools, candidates are allowed to select them at the national, extra-county, county and sub-county levels.

Therefore it is expected that if a student misses their first choice, at least the Ministry of Education may send them to another school, if this is not possible, it would be good to send them to schools within a reasonable distance .

However, if such challenges cause frustration among parents and learners are on the rise as a result of the digital system, the ministry will do a great favor to Kenyans by going back to the manual system of selection so as to reduce the frustrations.
SendShare167Tweet104