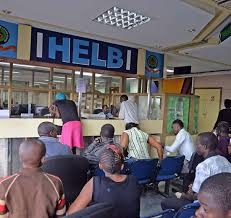 The President of the Republic has rejected the HELB Amendment Bill of 2020 that sought to lower student’s loans interest rate from the current four per cent to three per cent.

This implies that university graduates and students will repay their loans using the current interest rate.

HELB start charging interest on loans given to student after twelve months from graduation day.

The Bill sought to amend the Helb Act to waive interest imposition on the principal amount of loan given to the youth and people with disability until they secure employment.

It also stated that penalty for defaulting loan repayment be charged after securing a job or five years after graduation.

The Bill stated that the aim of the proposal is to reduce the financial burden on graduates who are expected to remit large sums to the Helb before even securing a job and becoming stable financially.

Currently, anyone who fails to repay the loan is expected to pay a fine of five thousand shillings monthly to HELB.

When the CEO HELB appeared in Parliament last year during the debate of the Bill, he opposed the Bill, saying it will impact negatively on loan recoveries, which is crucial in funding continuing students.

Needy students are being given 37,000 shillings on average annually.

Before the Bill was presented to the President, the Education and Research Committee had rejected the amendment and presented a report to the National Assembly.

The MPs said the amendment to lower interest rates will affect the financial status of Helb, necessitating the National Treasury to allocate more funds to HELB.