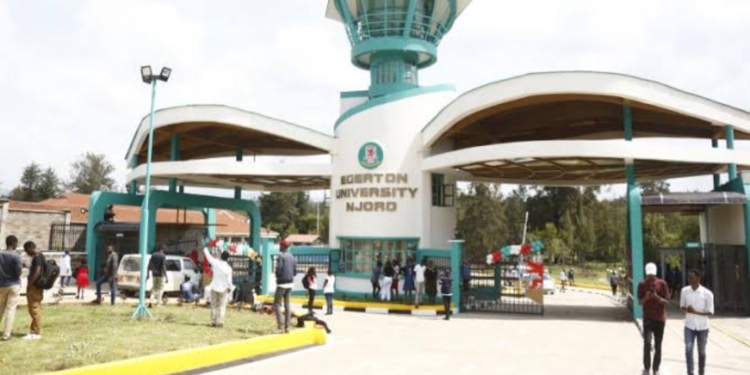 Lecturers in Egerton University have downed their tools again after few weeks of reopening claiming that their grievances have not been addressed. This has since paralysed learning in the university which will affect students in that they will have to spend more time in school for them to finish their studies.

The University Academic Staff Union (UASU) officials said they’ll continue boycotting their duties due to intimidation from the university management which have since lend them deaf ears.

Grace Kibue, the secretary General Egerton chapter, argued that they will not resume their duties until the day their grievances are heard and addressed through a watertight return to work formula.

She further noted that all the meetings they have held with the university management  have never been fruitful.

The Lecturers are demanding the implementation of 2017-2021 collective bargaining agreement (CBA) and the payment of their salary arrears accrued due to 40 per cent pay cut effected during the period of covid-19 pandemic.

In as much as the Labour and Relations Court declared the payment of the 40 per cent was illegal, the university have been paying it’s workers. Lecturers are also having issues on defaults on third party and statutory deductions from back in 2017.

Grace said, Lecturers are being put on pressure from the banks and other  financial institutions since they have started attaching their properties due to the failure of loan repayment by the employer.

The strike began on November 26, 2921, whereby everything was paralysed which forced the management to close the institution.

The strike by the teaching staff means that students will not complete their studies in the expected time.

The Vice Chancellor said that the senate opted to open up the university since it was the only way to regain finances which will help them pay some of the debts and also pay lecturers.