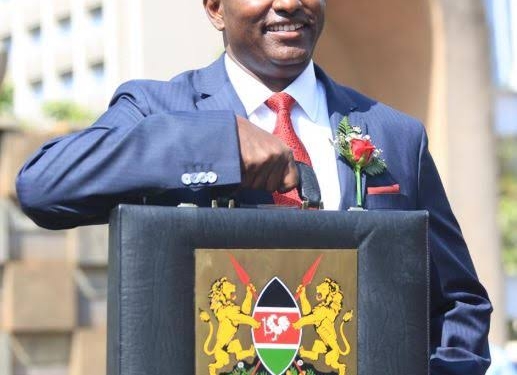 Teachers Service Commission (TSC) has been allocated Sh2.5 billion for recruitment of teachers in Kenya.

The above  news was revealed by CS Ukur Yatani while reading the proposals of 2022-2023 budget proposals that allocated Sh544.4 billion for the ministry of education.

Teachers Services Commission in Kenya was allocated Sh294.7 billion out of the total funds released. This was a positive deviation since last year TSC received Sh281.7 billion.

A total of ksh64.4 billion has been allocated for Free day Secondary education which will also cover NHIF cover for students in Kenyan public schools.

Another total of  kSh5 billion has been set aside to cater for examination fees waiver for Grade 6, Class 8 and Form 4 candidates respectively.

In addition,the  school feeding programme has been allocated Sh1.96 billion.

Also a total  Sh1.2 billion has been allocated to cater for the training of teachers on the Competency Based Curriculum (CBC).

The other money  expenditure allocations in the education sector include Sh91.2 billion for university education, TVETs and vocational training institutes were allocated Sh1.8 billion for construction and equipping of the institutions.

Another Sh2.8 billion was allocated to support school infrastructure development in both primary and secondary schools as learners transition to junior secondary.

Further  a total of Sh527 million has been set aside for technical vocational education training and entrepreneurship while Sh323 million has bee allocated for the national research fund.