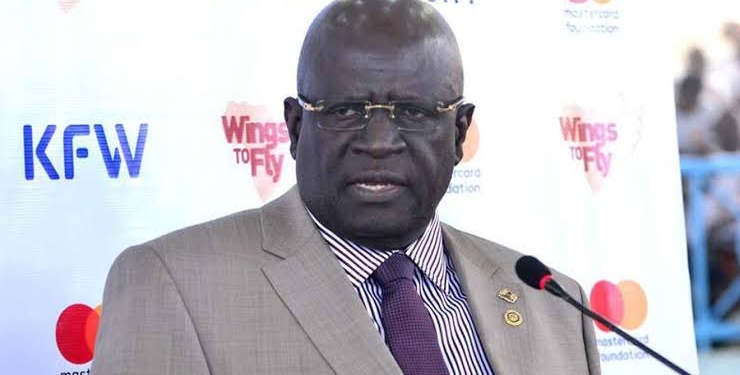 The marking process of Kenya Certificate of Secondary Education (KCSE) examinations for 2021 is still going on and on this week, Friday, April 15th, 2022, the exercise is expected to come to an end .

The Education Cabinet Secretary, professor magoha- has already stated that this year’s KCSE marking will be carried out in accordance with tight and meticulous procedures in order to preserve exam integrity.

The cs.stated that the activity will take place in 35 locations and will be concluded this week, allowing candidates to transition to colleges and technical institutes.

Kenya National Examination Council (KNEC) shows that a total of 831,015 candidates had registered for the KCSE exam in 10,413 centers for the year 2021.

University Education and Research Principal Secretary Simon Nabukwesi, indicated that KCSE candidates will begin enrolling in institutions as early as June this year.

The entry into vocational institutions, according to Mr Nabukwesi, would begin in September.

“As soon as the KCSE results are revealed, the Kenya Universities and Colleges Central Placement Service (KUCCPS) would begin putting applicants in institutions.” There won’t be any squandering of time. When Mr Nabukwesi monitored exam distribution in Nakuru, he stated, “Candidates would be chosen to join institutions in early June.”

Candidates enrolling in TVET institutes will do so in September, he added.

“Those who enroll in colleges and vocational institutes in September will do so,” he continued.

Nabukwesi also stated that the institutions will be able to accept all of the KCSE candidates in 2021.

Kcse exam malpractice was recorded in numerous locations of the country during the administration of the written exam.

Professor magoha- on the other hand, said that no exam papers were leaked and that the attempts to facilitate cheating were limited to certain examination officials photographing question papers after retrieving them from the containers.

Magoha claimed that no examination papers had leaked due to police and Knec personnel’ strict security measures.

According to him , all security officers manning the examinations are required to sit in positions where they have a “daily complete view of the examination materials.”

Now teachers, parents, and students are all concerned that their exams may be canceled as a result of this disclosure.

Previously,the results of 287 children who took the 2020 KCSE exam were canceled due to different exam malpractices.

Prof George Magoha, maintains that there was substantial evidence that the 287 pupils were cheating.Out of the 287, 211 had prohibited materials in the examination room,there were 45 mobile phones