Criteria To Use Inorder To Avoid Ksh. 5,000 HELB Penalty 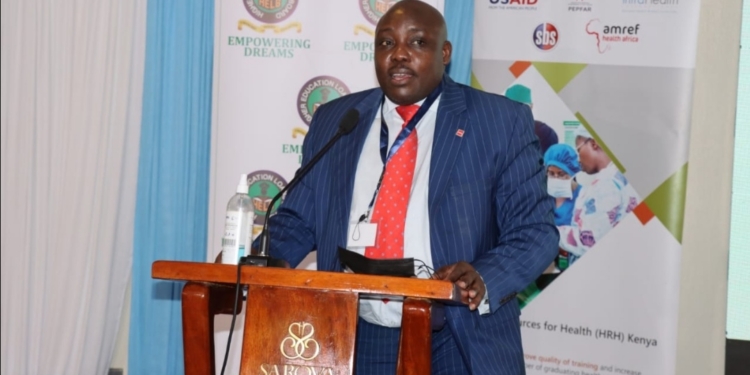 For many years, a bigger number of graduates have defaulted in paying their Higher Education Loans Board (HELB) loans since there is high rate of unemployment in kenya.

Unemployment among the youths have become a major burden when it comes to loan repayment hence, attracting penalties of Ksh 5,000 per month.

As the HELB chief executive officer, Charles Ringera was interviewed on Spice FM, he educated people on some ways in which Beneficiaries can do away with monthly penalties which are attracted by defaults.

In November 2019,he addressed the media stating that many Beneficiaries accumulated penalties which amounted to hundreds of thousands because they lacked information on how to avoid them.

Ringera advised the graduates that Inorder to avoid penalties, one should make any payment to the board upon the loan due date. Once the payment is made and reflect in the system, the penalties will automatically stop crediting to the accounts.

He said that, once the system sees any payment, it gets ‘confused’ and stops charging you the penalty. That’s what the HELB boss wanted to teach it’s customers.

He further stated that, the board also waives penalties by 100 percent for those Beneficiaries who become consistent in paying their loans.

The Beneficiaries are also invited to the HELB offices to commit themselves on how they will be repaying their loans. According to the CEO, the government always gives its customers an ear when they give their pleas.

Ringera noted that majority of Beneficiaries are defaulters for they have accumulated their debt to close to ksh3 billion. This is since the year 2013 to 2018.

This has pushed the board to stretch it’s budget since it has become difficult to give new Beneficiaries the same amount they used to award to the older ones.

Due to the financial situation HELB was facing, it announced 100 per cent penalty waiver to all defaulters in March 1 ,2022.

The board opened a portal in their website where the waiver application was to be done. Your waiver is determined by the amount of money one owes the board.