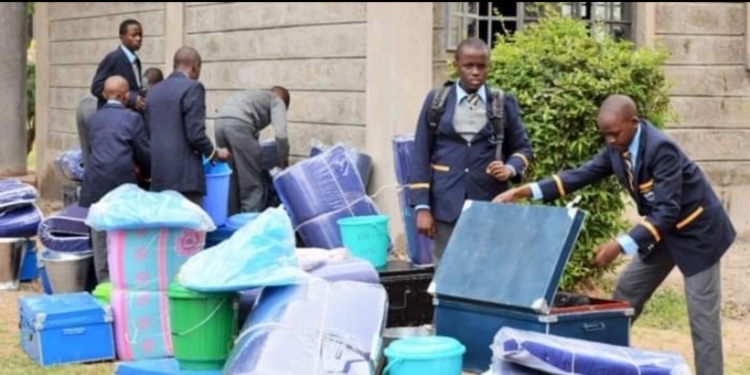 A crisis is looming one week to reopening of schools after headteachers proposed a Ksh8,000 school fees increment in what they term as a move to address the high cost of living in the learning institutions.

During an interview on Citizen TV on Wednesday, April 20, Kenya Secondary Heads Association (KSSHA) chairman, Indimuli Kahi, said the proposals were being discussed in the ongoing principals’ conference in Mombasa and the outcomes will be made public.

He explained that school fees were last reviewed in 2014, adding that the cost of living had since gone up sharply.

Indimuli stated that principals were struggling to meet the basic needs of students, citing the increase in expenditure that has been caused by the high food prices.

“We are making our proposals and we are asking stakeholders to contribute to them. It is now eight years since the fees were increased and we are all aware that inflation has gone up.

“The schools purchase from the same market and we also pay the same rate for electricity. We also have to pay workers who have an annual salary increment. It is time we have a review,” he explained.

In the 2014 review, the Ministry of Education capped fees for boarding schools at Ksh53,553.

On his part, Kenya National Parents Association (KNPA) chairperson, Nicholas Maiyo, stated that students will be the most affected as parents struggle to make ends meet.

However, he noted that schools were struggling with finances, adding that the government needs to increase capitation for students.

“No parent will agree on the increase even by Ksh1. The reason is that parents are going through tough times. If they increase the fees, they will force parents to remove their students, especially from boarding schools,” argued Maiyo.

The proposal by school heads comes barely two months after Kenya Publishers Association (KPA) announced that prices for textbooks would go up given the shortage of supplies such as printing papers.

“We have no choice but to increase our prices because the business environment has really changed,” Lawrence Njagi, the KPA chairperson, stated.