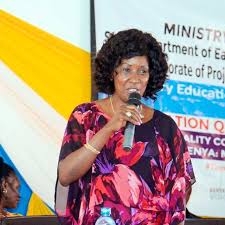 Teachers employer has stated that a total of 186,744 teachers are now set to receive higher salaries from July this year as part of the implementation of the Second Phase of the Collective Bargaining Agreement (CBA) signed between their unions and the Teachers Service Commission.

Top beneficiaries in this program are mostly teachers serving at primary schools are keeping their fingers crossed awaiting the approval of Shs18 billion Budget presented by their employer before Parliament that will pave way for the access of the enhanced pay.

Among the reapers are those on the lowest grades of the teaching service at Job Groups H (128,047 teachers), J (15,140 teachers) and K (43,557 teachers), whose pay package was spread for two years under the negotiated salaries while those in higher Job Groups will have their salaries cleared in a four year cycle.

Following a detailed budget proposal of Shs18 billion tabled before the National Assembly Education Committee and seen by Education News indicates that part of these monies will be utilized in the implementation of the Shs54 billion CBA that will run for a period of four years (2022 -2025).

With the above new deal, those primary teachers at Grade B5 (formerly Job Group ‘H’) who are currently drawing Shs19,224 monthly will earn Shs21,756 from July this year. This cadre of teachers can progressively draw up to a maximum of Shs27,195 in basic salaries within this pay bracket.

In addition, those teachers at Grade C1 (formerly Job Group ‘J’) who take home Shs25,929 currently will be happy to receive Shs27,195 in basic salaries in July this year.

The mentioned group of tutors can earn up to a ceiling of Shs33,994 progressively over the years.On the other hand, their counterparts at Grade C2 (formerly Job Group K) who currently receive Shs32,988 will have their pockets improved to earn Shs34,955 this July.

All the educators under this category can earn up to a maximum of Shs43,694.This means that teachers in higher Job Groups will be ineligible for higher pay this July but would be getting a handsome reward in the last two phases of the CBA.

While she was speaking before the Committee, the TSC Chief Executive Officer, Nancy Macharia reiterated that the implementation of the CBA that would benefit all the 312,060 teachers under its employment was a priority and asked the legislators to push for the approval of the funds as this would assure industrial peace within the teaching service.

In the Estimates presented before the Committee Chairman, Julius Melly, TSC is requesting for Shs16 billion to cater for the recruitment of 68,000 intern teachers as a stop-gap measure in plugging the rising shortfall of tutors in public institutions.

The TSC also sought Shs5 billion to recruit 12,000 teachers to address the present shortage and another Shs3.6 billion to hire another 5,476 to take care of additional learners arising from the 100% pupil transition to secondary school.

The Commission revealed that they have a shortage of 40,972 teachers in primary schools and 63,849 in secondary schools totaling to a deficit of 104,000 teachers in public The educators under this category can earn up to a maximum of Shs43,694.

This means that teachers in higher Job Groups will be ineligible for higher pay this July but would be getting a handsome reward in the last two phases of the CBA.