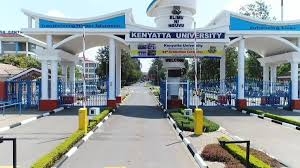 Kenyatta University is set to send home hundreds of workers including lectures and non-teaching staff due to lack of funds.

The public institution is looking to restructure as its financial woes deepen.

In a statement, Kenyatta University Vice-Chancellor Paul Wainaina said the move was as a result of reduced funding from the government as well as the harsh economic environment.

“In view of the disinformation that is going on in the social media regarding the proposed restructuring, it is important for the university to provide clarity and highlight some of the changes to avoid rumours,” said the VC.

Prof Wainaina explained that government funding has remained at Sh3 billion over the last couple of years even though the cost of running the institution has risen.

The reduced number of self-sponsored students has also had an effect on the institution’s finances.

Prof Wainaina said the institution created a committee in August 2021 to look at all parts of the university’s operations with an emphasis on cutting expenses without sacrificing academic quality.

Some of the proposals being implemented include the rationalization of university divisions/units with the goal of bringing efficiency and optimization, the de-establishment of academic programs that attract few students over time and the merging of schools to maximize their efficiency, the review of part-time teaching and empowering lecturers to take additional classes, the reduction of part-time teaching, and the restructuring of university campuses that will see campuses offering a wider range of courses.

Last year, the World Bank urged the government to close and merge the loss-making learning institutions.

Because of duplication of courses and the necessity to decrease spending, the multilateral financier believed Kenya should consolidate its higher education institutions.