Some institutions have opted to scrap off some of the courses before the September intake.

The University of Nairobi has made an announcement on the plans to scrap some of the degree courses in austerity measures.

Prof. Stephen Kiama, the University of Nairobi vice Chancellor said that they are planning to do away with some courses and merge others in order to reduce debts that are ballooning in the institution. 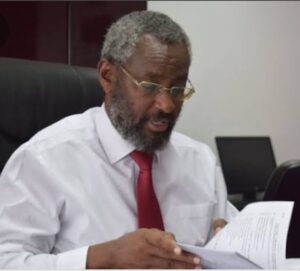 The Vice Chancellor, said that the university restrict the hiring of some departments. They will put more emphasis on medicine, engineering and information technology related courses.

According to the vice Chancellor, their aim was to ensure that the university stays amidst the cash crunch at the university that has led to the increase of debts that exceed Ksh 34billion.

The university management has decided to take action that will cut costs by living close to their means and improve their revenue to ensure the University of Nairobi still maintains it’s name in the map of Kenya.

The University has not been able to remit some mandatory funds such as National Social Security Fund (NSSF), National Hospital Insurance Fund (NHIF) and Pay As You Earn (PAYE) as well as payment for insurance premiums for it’s staff members.

Currently, there are about 4,000 staff members at the University. This is after the layoff that led to a number of lecturers lose their jobs due to scrapping off of 255 courses.

Kiama said, they are offering more than 500 courses but they are planning to reduce them to 300 as the senate is working to see which ones they will scrap off so that they concentrate on the areas they have competitive edge as an institution.

He also stated that despite scrapping off some of the courses last year, the institution is still facing a huge debt.

He said they will only do what they are best in but not doing what everybody else is doing.

In the previous year, the university scaled down the offered courses from 579 to 324. Eight colleges were also abolished and faculties were also reduced from 35 to 11.

Egerton University Auction, This is How To Participate If Interested

Egerton University Auction, This is How To Participate If Interested