As TSC and Knut meet, the following long-awaited promise will be made to all teachers before to the August elections. 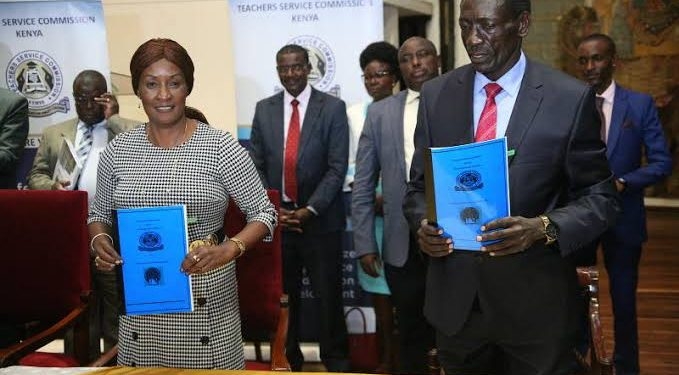 The Teacher Services Commission (TSC) and teacher unions are working to reach an agreement by the end of July by examining the non-monetary collective labor agreement (CBA) to create room for pay increases.

This week, the teachers’ union representatives and their employer will meet to discuss standards for career advancement and potential pay raise deals.

Collins Oyuu, Secretary General of the National Union of Teachers of Kenya (Knut), announced that the union and the TSC will retire to Naivasha to address a report from the Education and Training Committee for Teacher Professional Development, between other concerns affecting members.

Among the issues addressed in the non-monetary CBA are: The number of maternity days for female teachers has been increased from 90 to 120 in the CBA.

The CBA also allows teacher advancement in arid and semi-arid regions and paternity leave for male instructors. Other teachers were then denied a pay raise for five years, from 2021 to 2025.

Establishing cordial working relationships in the school sector, particularly with the TSC and the Ministry of Education, was high on Mr. Oyuu’s list of priorities, he said, even though Knut’s repair process was not easy