A Set of Other Six County Directors Reshuffled by TSC 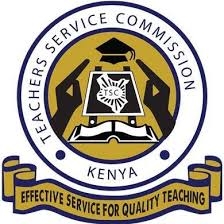 Another Set of Six County Directors Reshuffled by TSC

The Teachers Service Commission has moved Six County Directors in the recent reshuffling that was carried out this week before the reopening of Schools.

Among those who were moved are: Wilson Koros, Mwendwa Jane, Samwel Marigat, Japhet Kariuki, Joyce Kikuvi and Ng’ang’a Fredrick.

TSC County directors plays a key role in teacher management activities at the regional level. Some of their responsibilities as far as teacher management is concerned includes but not limited to coordinating the recruitment exercise, transferring and disciplining of teachers.

Jane Mwendwa has been transferred Murang’a County to Nyamira. She will be taking over from Koros Wilson who will be headed to Bungoma.

Japeth Kariuki has been moved from Bungoma to Nakuru. Kariuki will be replacing Fredrick Ng’ang’a.

Fredrick has been transferred to Murang’a County to replace Jane Mwendwa. Joyce Kikuvi TSC County Director for Kirinyaga County has been moved to Mombasa County taking over from Dr. Marigat Samwel who intern will be moving to Kirinyaga County, they have switched places.

The Teacher Service Commission is keen on ensuring that it’s mandate is achieved and that service delivery is paramount. The six county directors joins the list of other directors who were transferred early May this year.