75 STUDENTS TO BE COMPENSATED AFTER PURSUING UNACCREDITED COURSES 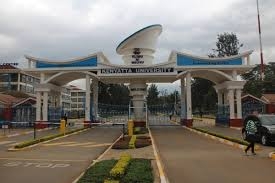 The degrees had not been approved by the Engineers Board of Kenya. The students were admitted between 2009 and 2011, when Kenya Polytechnic which later became Technical University of Kenya was a constituent college of the University of Nairobi.

Now, they have been awarded Sh. 15 million in compensation by the High Court. The students had told the High Court that they had been unable to find work despite having completed the degree program.

“I am therefore in agreement with the petitioners that they were students of the UoN and were entitled to be awarded degrees by the university in the absence of any legal provisions transferring the responsibility of awarding degree certificates to the TUK,” Justice James Makau ruled.

The judge further ruled that TUK must forward their names to the University of Nairobi, so that the students can be included in the list of the university’s next graduates.

“In the circumstances I find that the TUK and the UoN violated the petitioners’ legitimate expectation that the degree certificates to be awarded to them would be from the UoN and not any other university,” the court further ruled.

The ruling comes barely months after local universities were criticized for offer what was termed as useless degrees in Kenya due to lack of proper accreditation and lack of market.