2022 Presidential Debates Set For July, Have Been Launched By the Media 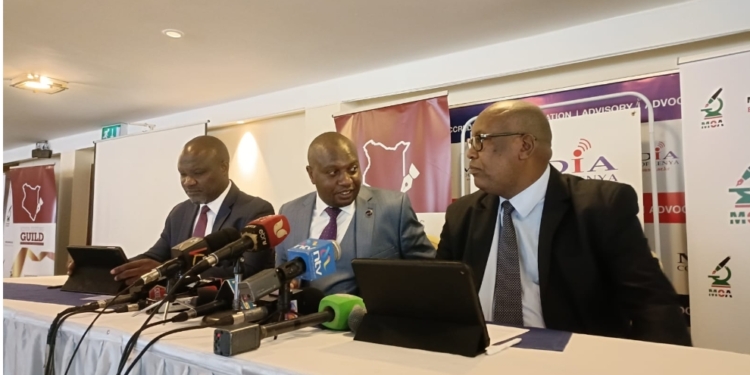 The Media council of Kenya, The Media owners Association together with the Kenya Editors Guild have consulted Political parties so that they can launch the Kenya Presidential Debates meant for August polls.

The three agencies gave a nod to the approach as they had a press briefing on Wednesday, 2nd of March 2022 whereby Clifford Machoka who is the Head of External Affairs and marketing, Nation Media group was appointed to Head the Presidential debate secretariat.

Mr. Machoka will be leading a multi-institutional crew to guide the political party partners and stakeholders in the electoral process and also organize the 2022 Presidential and Deputy presidential debate.

Collins Machoka will be helped by Rosalia Omungo who I the Kenya Editor’s Guild’s Chief Executive officer as well Leo Mutisya who is the Media Council of Kenya’s head of research and media monitoring.

According to a statement issued by the three media houses, there are a number of editors from all media houses that have been appointed to provide the content of stewardship aspects given how critical the Debates are in order to ensure public interest obligations have been served.

As per the three media groups, there are structures that have been set in order to protect interests of kenyans as well as to  provide fairness to all political parties that will be involved, mostly to the audience and candidates.

The Debates started way back in 2013 whereby the Kenyan media has worked so hard to make presidential Debates as one of the pillars of Kenya’s democracy and the electoral process for the benefit of Kenyans.

In 2013,a 2 hour debate was held for all the eight candidates to engage each other and citizens on the country’s future.

According to the media partners, the Debates have played a significant role in choosing our leaders because this is where the public gets to listen to the candidates and choose whoever will be fit for the seat considering their manifestos.