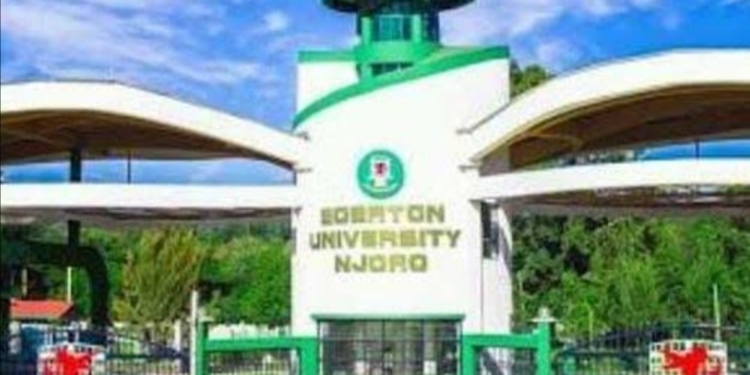 About 200 Engineering graduates from Egerton University Are said to return back to class for remedial classes as from September 2022 in order to receive accreditation from the Engineers Board of Kenya.

It is the latest chapter that it’s engineering students  were denied accreditation from the board.

Engineering students who graduated in 2019,were denied accreditation from the board claiming that there was a gap in their curriculum content. Most of these students pursued Bachelor of Science in Water and Environmental Engineering.

The EBK insisted that it had not given any certification for the program. This made those graduates who were locked out of employment opportunities to seek intervention from other institutions as well as the national assembly.

In a meeting with the National Assembly Committee, The Vice Chancellor, Prof. Isaac Kibwage said they had an engagement with the EBK seeking them to align course requirements. This requires those graduates to undertake eight more units in a special semester.

Here is a list of those units, Geotechnical engineering, structural masonry design, Highway geometry design, Pavement Design and Foundation engineering. With this, the gap to fulfilling EBK requirements for Bachelor of Science in Civil and Environmental Engineering will be bridged.

Professor Kibwage further said, the institution will invite those graduates to register for one special semester inorder to cover the eight units free of charge.

He said that there will be a total of three semesters whereby each group will have to take one depending on the graduation year. This will be done so as to ensure there is no student who is left out of the accreditation of the EBK  upon graduation.

Madam Margaret Ongai said the board still has a stand that it will not register graduates who took Unaccredited courses. She reiterated that they were reviewing the accreditation request for CEEN that was done by Egerton. University.

She stated that, any student who has done any Unaccredited course will not be registered by the board, hence missing out the employment opportunities.

It has raised concerns on how the EBK has rejected degrees from some institutions like Egerton and Pwani University claiming that greedy  cash – grabs are to be blamed on derailing students’ future.